Bertha Urdang was a dear and important friend of mine for a few years before I left New York City. In 1994 I flew to Israel to visit her. I had not seen Bertha for three years, already in her late 80's, Bertha maintained the same defining spark and vitality I had come to know when first we met. Bertha's keen eye shaped the clear and sharp visual vocabulary of her gallery. There was always time to speak of art, attend concerts and have tea. After all these years, I think of her often and the tremendous art she represented. Bertha generously gave me my first two solo shows.


She was a ...mixture of the 'English lady, polite, defensive and the pioneer, always ready for a spat, like a cat with a permanently arched back... When a dinner invitation wasn't as forthcoming as she felt it should be Bertha exploded and abruptly became the lonely war widow who'd sacrificed everything for her nation, her people, ideals and who nobody cared about...She thought everyone should share her awe and dedication to art and had no patience with people who didn't quite measure up. Berated those who came to her gallery with what she perceived as the wrong attitude and informed them that "she wasn't selling vegetables" and they might lower their voices and open their eyes and minds.

Bertha Urdang was born in England at an undisclosed date at the beginning of the 20th Century. She went to school at North London Collegiate and grew up as a Fabian socialist and a Zionist, which at that time was not contradictory. She studied at the University of Manchester and the Sorbonne. She came to Israel, married, and settled in Bet Hakerem, a peripheral neighborhood of Jerusalem.

In 1948, her husband died, leaving her a widow, the mother of three daughters, Rina, Daphna, and Miri. She plunged into, the promotion of Israeli art. Bertha's art dealings, exploits and failures reached folklore proportions. "Rina" was the name of her first gallery on Shlom Zion Hamalka Street, near the Central Post Office in Jerusalem, which she managed with a partner, and took two months a year to go to America to spread the word and sell the work. In 1966 she separated from her partner over an ideological difference: "He loved money, I loved art," is how she summed it up.

Email ThisBlogThis!Share to TwitterShare to FacebookShare to Pinterest
Labels: dance sells fashion or is it the other way around?

Posted by www.rebeccaz.com at 9:36 PM No comments:

Email ThisBlogThis!Share to TwitterShare to FacebookShare to Pinterest
Labels: innovative dance. striking. In balance with traditional and progressive forms of ballet

One of my Heroes

Email ThisBlogThis!Share to TwitterShare to FacebookShare to Pinterest
Labels: I worked in Avedon's Studio for one year, making 500 contact sheets a day; an honor and great privilege. 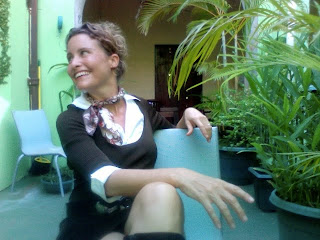 By Stephen Perloff, Editor of The Photograph Collector Newsletter, and Alex
Novak, Editor of the E-Photo Newsletter

Christie's sale of Important Daguerreotypes by Joseph-Philibert Girault de
Prangey on October 7 realized $2,873,375 with a 22% buy-in rate. Four phone
bidders, 1779, 1794, 1810, and 1841 took most of the top lots, with a French
bidder in the room, 626, taking numerous lower-priced, but good quality lots.
The number of buy-ins was higher than at the previous Girault de Prangey
sales--a result of a combination of the deterioration in the quality of the
material on offer and the more erratic estimates in this sale. Even much of the
material in this sale that sold probably shouldn't have, and I wonder how many
of the active bidders on the phone really viewed many of these poorer quality
lots.

Lots 2 and 3 both went to 1779, which was an English-speaking bidder on the
phone with Christie's Stuart Alexander: Girault de Prangey's self-portrait,
probably 1841, went for $194,500, more than three times the high estimate; and
the beautiful Atget-like "261. Paris. 1841. Etude de plantes" for $242,500,
almost double the high estimate and over the bid of New York dealer Hans P.
Kraus, Jr. These were the top two lots in the sale. Bidder 1779 was highly
active on many other lots in this sale. It makes me wonder if Qatar wasn't back
bidding, filling in some gaps. 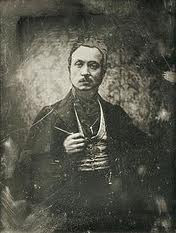 Joseph-Philibert Girault de Prangey (21 October 1804 – 7 December 1892) was a French photographer and draughtsman who was active in the Middle East. His daguerreotypes are the earliest surviving photographs of Greece, Palestine, Egypt, Syria and Turkey. Remarkably, his photographs were only discovered in the 1920s in a storeroom of his estate and then only became known eighty years later.


(Copyright ©2010 by The Photo Review. My thanks to Steve Perloff and The
Photograph Collector Newsletter for giving me permission to use this
information. The Photograph Collector, which is a wonderful newsletter that I
can heartily recommend, is published monthly and is available by subscription
for $149.95 (overseas airmail is $169.95). You can phone 1-215-891-0214 and
charge your subscription or send a check or money order to: The Photograph
Collector, 140 East Richardson Ave, Langhorne, PA 19047.)

By Stephen Perloff
Editor of The Photograph Collector Newsletter

Phillips de Pury & Company's auction on October 8 totaled $3,987,800 selling 78%
by value, with many of the sale's top lots surpassing their pre-sale estimates.
The sale total is Phillips's highest in nearly three years, and half-a-million
dollars above their April totals, further highlighting the market's increasing
momentum, although again, the buy-in rate was 38%, reflecting the selectivity of
bidders. Perhaps some in the room were distracted by the stunning view across
the Hudson from the large picture windows lining Phillips's long, narrow,
third-floor salesroom.

The day started with 15 sales associates manning the phones and 32 people in the
room. That number eventually grew to over 50, but waxed and waned throughout
the two sessions, hitting a low of 22 until the crowd dwindled even further at
the end of the sale. 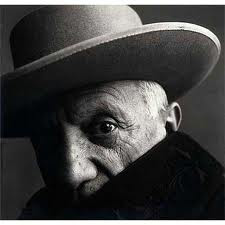 The highest selling lot in the sale was Irving Penn's Pablo Picasso at La
Californie, Cannes ($80,000–$120,000), which sold for $182,500 to Peter MacGill.
Another work by Penn, Chef, New York, sold for $134,500 to the phone, almost
tripling the high estimate and marking a new world record for the photographer's
Small Trades series. It took fourth place. 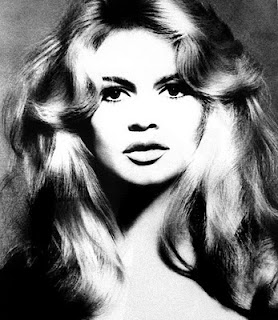 Iconic works by master photographers were likewise successful, as exemplified by
Robert Frank's Trolley--New Orleans, which sold for $158,500 (third place) to
Peter MacGill again; Richard Avedon's Brigitte Bardot, which sold for $170,500
(second place) to a phone bidder who bested Kevin Moore; and Robert
Mapplethorpe's Calla Lily, which sold for $74,500 (ninth place) to an order
bidder.

Ansel Adams's Portfolio Three: Yosemite Valley eked out $47,500, just under low
estimate. And Dorothea Lange's The General Strike, Policeman, San Francisco,
1934 just reached its low estimate at $43,750. They went to a phone bidder and
order, respectively. Edward Steichen's Foxgloves, France, 1926, also went to a
phone just under low estimate at $47,500. This same print had sold at
Christie's in October 1999 for $29,900, a compound rate of under 4% with fees.

Frydlender was among those photographers offered for the first time at Phillips
de Pury who performed well. Also Shinichi Maruyama's Kusho # 1, sold for
$18,750, and He Yunchang's Earthly Possession, sold for $13,750; all mark new
world auction records for the photographers.

Vanessa Kramer, Director of New York Photographs department, averred, "We are
extremely pleased with the results. The competitive bidding on the higher value
classic and contemporary works reflects the gradually increasing confidence in
the market by sellers and buyers alike."


(Copyright ©2010 by The Photo Review. My thanks to Steve Perloff and The
Photograph Collector Newsletter for giving me permission to use this
information. The Photograph Collector, which is a wonderful newsletter that I
can heartily recommend, is published monthly and is available by subscription
for $149.95 (overseas airmail is $169.95). You can phone 1-215-891-0214 and
charge your subscription or send a check or money order to: The Photograph
Collector, 140 East Richardson Ave, Langhorne, PA 19047.)

By Stephen Perloff
Editor of The Photograph Collector Newsletter


Another record-setting album was Roman Vishniac's portfolio The Vanished World,
complete with 12 silver print photographs of Jews living in Poland from 1936 to
1938. The album, which was printed in an edition of 50 in 1977, brought
$43,200.

There was also a suite of 29 portraits of Native Americans by Alexander Gardner,
Chas. Bell and others from the U.S. Geological Survey of the Territories, late
1860s to early 1870s, $28,800 (fourth place); a copy of Volume 1 of Edward S.
Curtis's magnum opus, The North American Indian, 1907, complete with 78
sepia-toned photogravures, signed and dated by Curtis, a record $15,600 (tied
for ninth place); as well as a portfolio of a different kind, Emmet Gowin's
Concerning America and Alfred Stieglitz, and Myself, with 14 silver prints,
1963-64, printed 1965, one of 100, signed and inscribed and with additional ink
embellishment on the cover, $33,600 (third place).

Several examples of the earliest photographs were among the highlights, such as
a whole-plate daguerreotype of three young sisters attributed to Albert
Southworth and Josiah Hawes, late 1840s--early 1850s, $12,000; and a
quarter-plate daguerreotype of seven placer miners in Northern California,
operating equipment used to separate dirt from gold, early 1850s, $15,600. 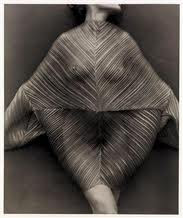 A photograph that attracted a lot of media attention was Annie Leibovitz's
portrait of John Lennon and Yoko Ono, New York, Cibachrome print, 1980, taken
just hours before Lennon's death, which sold for $15,600.